Open In Case Of Emergency

by: Richard Fairgray and Jim Kraft

You will need your imagination for this one! Both Zack and Cyrus receive a mysterious box on their doorsteps. Zack treats every mishap as an emergency and keeps breaking into his box. Cyrus, on the other hand, is a bit reluctant to use his even in apparent emergencies. So what happens in a real emergency to Zack’s box already opened and Rhino’s that was left untouched? It’s not the outcome you may expect…..

The book has fantastic illustrations and is a lot of fun. Anthony is 8 and boy did the last 2 pages stir his imagination!

Richard Fairgray was born and raised in New Zealand and has been publishing since he was seven years old. His main focus since then has been comic books, but he has taken time out during his life to work on films, to perform stand-up comedy, to teach high school, and to stick labels on honey jars. He has been working exclusively in comics for the last six years with long-time collaborator Terry Jones. Their main work together is the on-going series called Blastosaurus. He lives in New Zealand.

Like this title, find more books at Skypony Press! 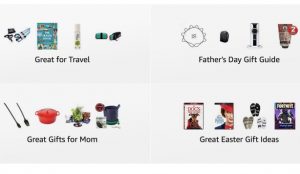